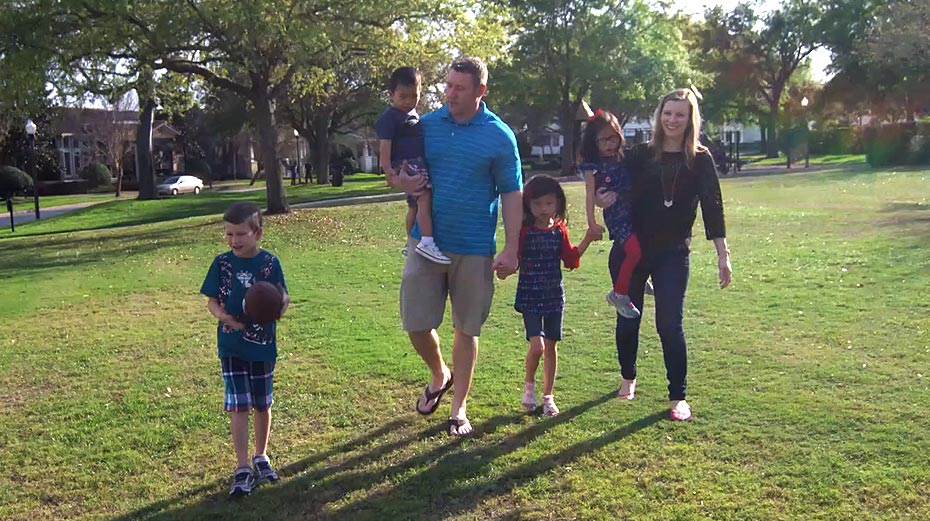 And Wins an Emmy!

Sometimes a good story can do good things.

Such is the case when the pro-bono video we did for the American Heart Association (AHA) not only won an Emmy Award (our 16th!), but even better, it helped the AHA’s annual Greater Orlando Heart Ball raise more than $400,000 for heart disease and stroke research.

It was a win-win-win.

With a desire to give back to our community, we had approached AHA and asked them if there was anything we could help them with. And they introduced us to the Fussel Family.

James and Tara Fussel had an inspirational story to share. The couple had a son, Jackson, and when they decided to give Jackson a sibling, they opted to adopt.

Tara said, “We knew we could have biological children, but we wanted to give a child who didn’t have a family that chance.”

Tara and James adopted a 2 ½-year old little girl, Juliet, from China. She had a severe congenital heart defect, and after only 2 weeks in the US, had to undergo risky open heart surgery.

Her recovery was nothing short of remarkable.

While the Fussels could have been content with their family of four, they found another little girl in China, also with severe heart problems, that they chose to adopt as well.

Tara said, “When we went to pick her up, the orphanage director said, ‘There’s no hope for her here.”

“Had we not adopted her and brought her home, I don’t think she could have lived much longer in her condition,” said James.

The couple decided there was room in their lives for yet another child, and adopted a little boy, Jett, also with a heart defect. Although he has not needed surgery, he’s being closely monitored by doctors for his condition.

Today, the family of six is healthy and thriving.

Digital Brew was honored to produce the heartwarming video of the Fussels’ story, which was played at AHA’s Heart Ball.

Heart Ball Director, Heather Maloney said, “A story as moving as the Fussell’s deserved a video that was equally as inspired. The team at Digital Brew’s empathetic and realistic approach to storytelling resulted in a powerful piece that did justice to this family’s struggle, strength and hope for a healthier future.”

Check out our video below and let us know if we can help you create a video that is a win for your organization too.